Question 1.
What is a projection?
Answer:
Map projection is a systematic drawing of parallels of latitudes and meridians of longitude on a plane paper or cloth for the whole earth or a parts of it on a certain scale.

Question 2.
What is a map?
Answer:
A map is a representative of selected features of the whole, earth or a part of it on a plane surface, with conventional signs, drawn to a scale and projection so that each and every point corresponds to the actual terrestrial position.

Question 4.
What are the necessary elements of maps?
Answer:
There are certain points which are necessary in a geographical map called elements of a map. Without these elements a map is incomplete. Elements of a map are as follows:
(1) Direction, (2) Title and Sub-title, (3) Conventional signs.

Question 1.
What is the importance of scale in a map?
Answer:

Question 2.
Differentiate between a sketch map and a map. (2016)
Answer:
Maps present pictures of different parts of the earth. Oceans of the world can be represented through maps only whereas sketch maps are used to show the shape of a specific landmass only.

Question 3.
What are contour lines?
Answer:
Imaginary lines joining all the points of equal elevation or altitude above the mean sea level are called the contour lines. These lines are based on a detailed survey of heights of several places in an area. These lines are drawn at definite intervals such as 20, 50 or 100 metres above the sea level. It should always be in numbers ending with zero. 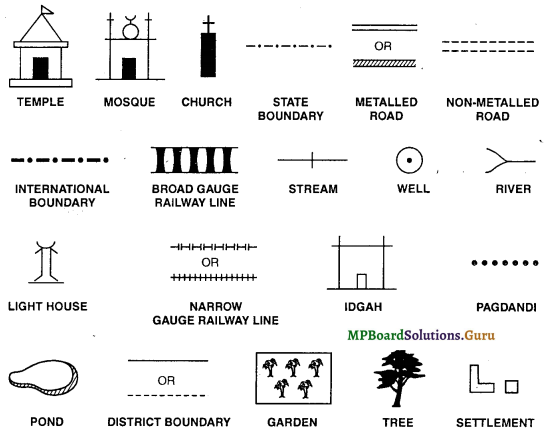 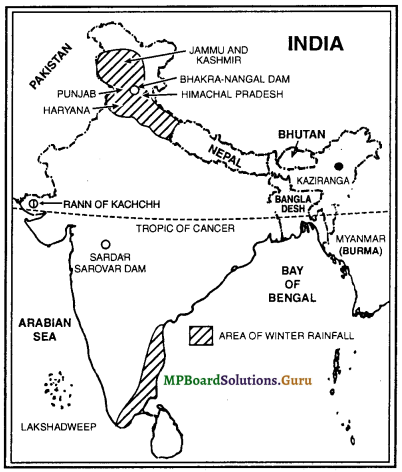 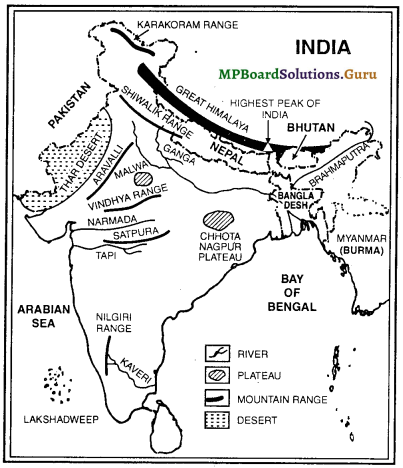 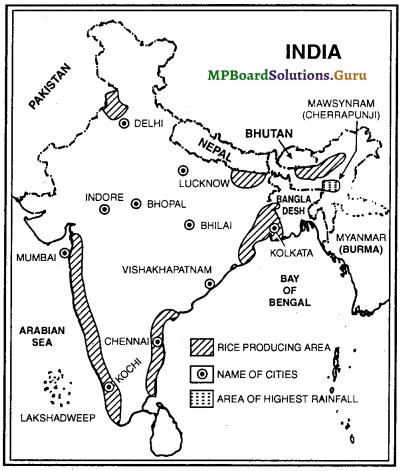 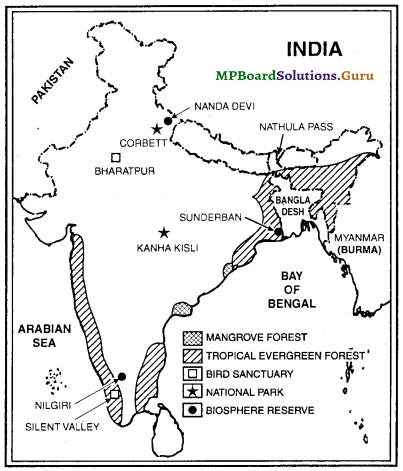