In this article, we will share MP Board Class 10th Maths Book Solutions Chapter 6 Triangles Ex 6.5 Pdf, These solutions are solved subject experts from the latest edition books. 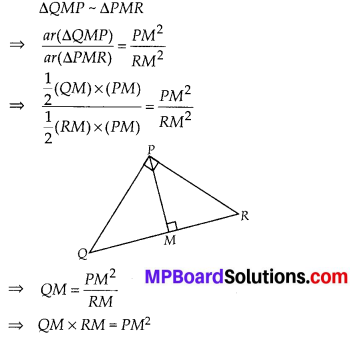 Question 3.
In the figure, ABD is a triangle, right angled at A and AC ⊥ BD. 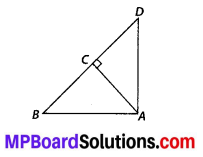 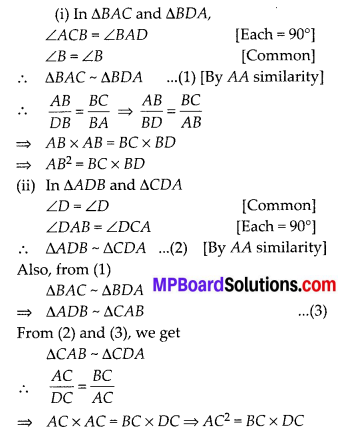 Question 5.
ABC is an isosceles triangle with AC = BC. If AB2 = 2AC2, prove that ABC is a right triangle.
Solution:
We have, an isosceles AABC such that BC = AC. 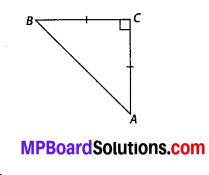 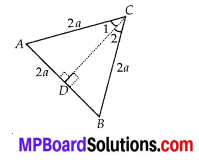 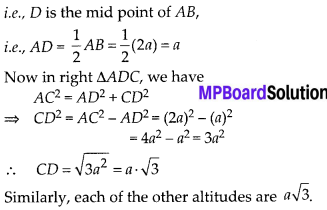 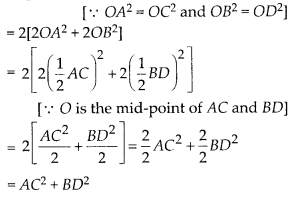 Question 9.
A ladder 10 m long reaches a window 8 m above the ground. Find the distance of the foot of the ladder from base of the wall.
Solution:
Let PQ be the ladder and PR be the wall 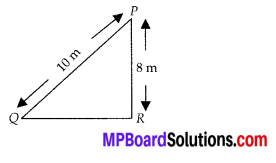 Question 10.
A guy wire attached to a vertical pole of height 18 m is 24 m long and has a stake attached to the other end. How far from the base of the pole should the stake be driven so that the wire will be taut?
Solution:
Let AB is the wire and BC is the vertical pole. The point A is the stake.

Now, in the right AABC, using Pythagoras Theorem, we have

Thus, the stake is required to be taken at \(6 \sqrt{7}\)m from the base of the pole to make the wire taut.

Question 11.
An aeroplane leaves an airport and flies due north at a speed of 1000 km per hour. At the same time, another aeroplane leaves the same airport and flies due west at a speed of 1200 km per hour. How far apart will be the two planes after \(1 \frac{1}{2}\) hours?
Solution:
Let the point A represent the airport. Plane-I fly towards North,
∴ Distance of the plane-I from the airport after \(1 \frac{1}{2}\) hours = speed × time 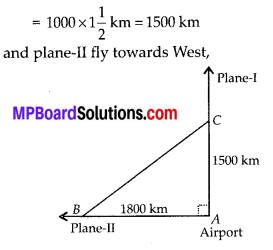 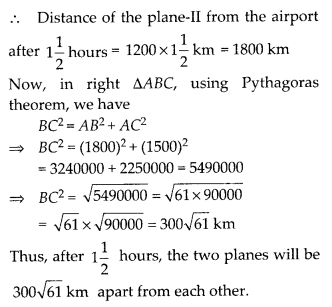 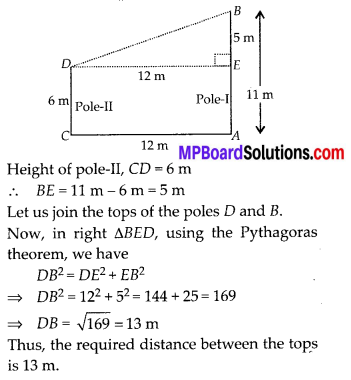 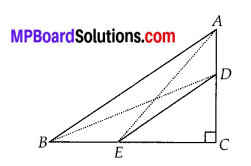 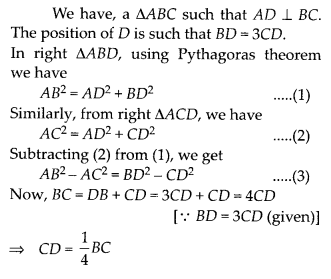 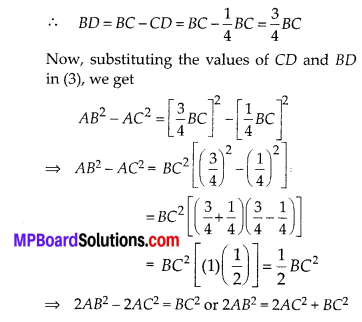 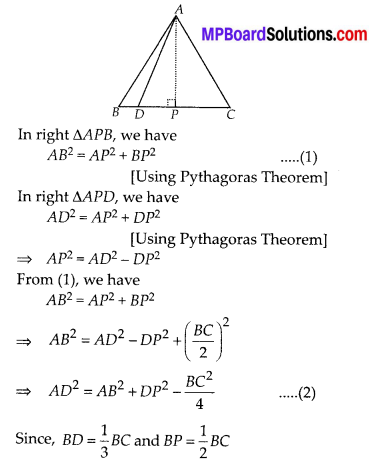 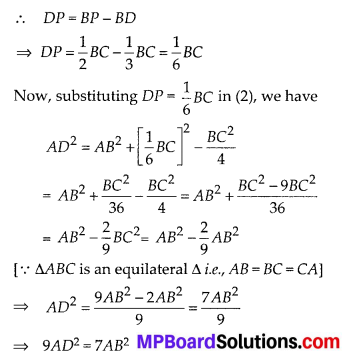 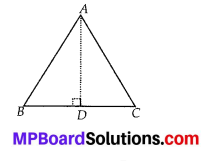 ∴ D is the mid-point 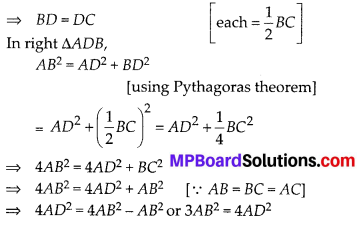