Question 1.
The following graph shows the temperature of a patient in a hospital, recorded every hour. 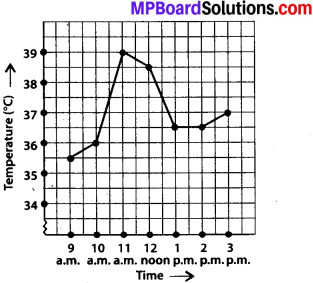 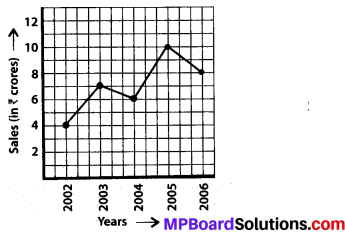 (d) In year 2005, the difference between the sales was greatest as compared to its previous year.

Question 3.
For an experiment in Botany, two different plants, plant A and plant B were grown under similar laboratory conditions. Their heights were measured at the end of each week for 3 weeks. The results are shown by the following graph. 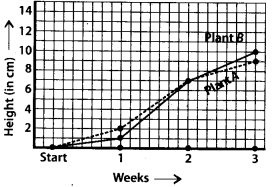 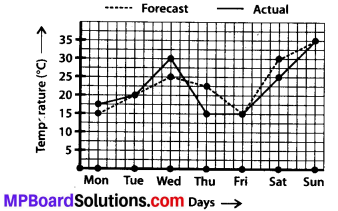 Question 5.
Use the tables below to draw linear graphs.
(a) The number of days a hill side city received snow in different years

(b) Population (in thousands) of men and women in a village in different years. 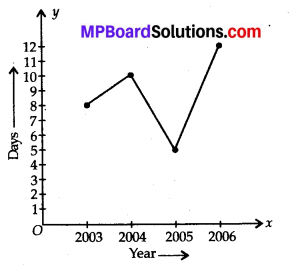 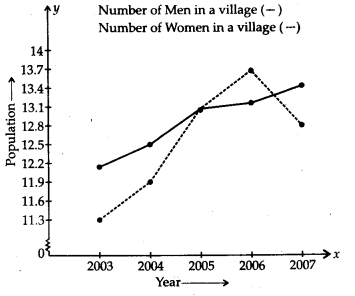 Question 6.
A courier-person cycles from a town to a neighbouring suburban area to deliver a parcel to a merchant. His distance from the town at different times is shown by the following graph.
(a) What is the scale taken for the time axis?
(b) How much time did the person take for the travel?
(c) How far is the place of the merchant from the town?
(d) Did the person stop on his way? Explain.
(e) During which period did he ride fastest? 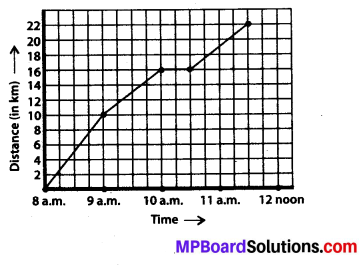 Question 7.
Can there be a time-temperature graph as follows? Justify your answer. 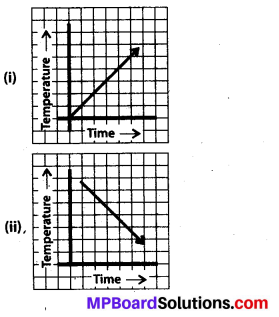