2. Preparation of Trial Balance is not possible:
As only one aspect of the transaction is recorded, Arithmetical accuracy cannot be checked by preparing Trial Balance.

3. Possibility of Fraud and Defalcation:
There exists a lack of control over this system which increases the possibility of fraud, Defalcation, deception, Misappropriation etc.

4. No possibility of Comparison:
Single Entry System fails to disclose the Actual Financial position of the business due to non-recording of both aspects of the transactions. This restricts a trader to ampare the financial position of business of current year to that of previous year or years. Thus a trader is not in a position to conclude whether his business is progressing or regressing.

8. Difficulty in Assessment of Tax:
The Income tax Department and sales tax department do not admit or recognize the accounts kept under Single Entry System for assessment of tax. It is so because it creates difficulty in determining the true profit of business and assessing tax thereon.

1. Economical:
Less amount is spent on maintaining the requisite books i.e., cash – book and ledger book. Hence it is Economical and suitable for those businessmen whose number of business transactions are few or the size of the business is small.

2. Suitable for certain transactions:
It is suitable for these businessmen who deal in cash transactions and maintain personal accounts of their customers.

3. Suitable for sole trader:
As it is not Mandatory for sole traders to get registered, they are not legally bound to maintain Accounts under Double Entry system. Thus they opt for Single Entry System as it is easy, simple and economical.

4. Simple method:
This method is simple and easy to understand. No special training is required to maintain accounts under this system.

5. Flexibility:
Being more practical, this system helps a businessman to get rid of rigid rules of Double Entry System. It can be changed or altered according to the need.

6. Tax Evasion:
Single entry system is an Incomplete system of Book-keeping which provides sufficient scape to a businessman to incomplete Accounts and save tax. Hence, sometimes it is purposely adopted by businessmen. 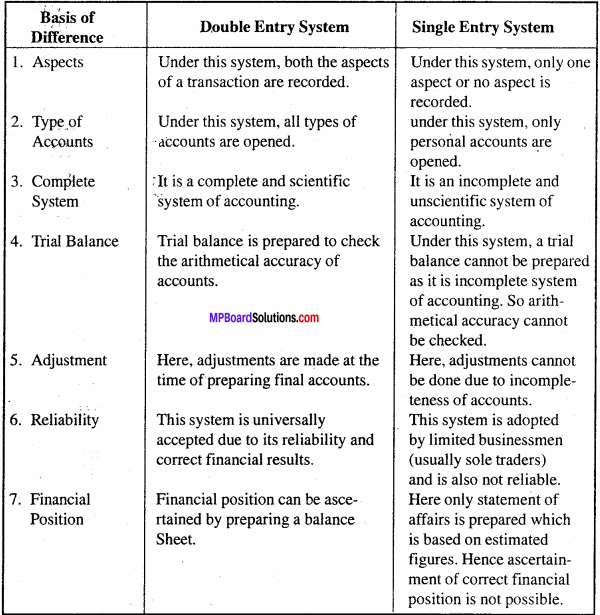 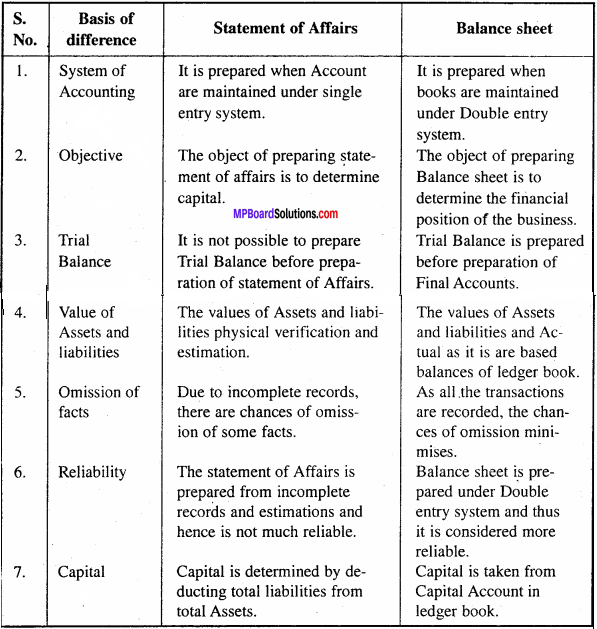 The system of conversion of single entry into Double Entry depends on the data available as the former includes lot of Incomplete information. Hence there is no fixed or certain method but generally the following procedure is adopted:

2. Preparation of cash – book : After, preparing opening statement of Affairs, cashbook is prepared. Accounts of all the items appearing in the Dr. and Cr. side of cash – book is opened and posting is done as per the rule.